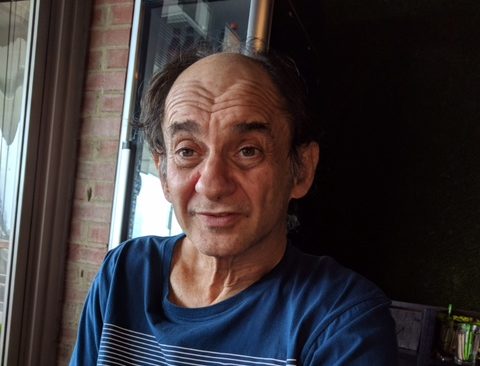 Incredibly sad news. Stewart’s indefatigable determination to overcome all in pursuit of building a meaningful organisation to combat spinal cord injury can never be replicated. He was one of a kind and will be greatly missed by so many here and overseas.” Prof. Perry Bartlett FAA, co-founder of SpinalCure.

He set up the UK organisation aged only in his early 20s, after extensive rehabilitation in the UK following a car accident that left him paraplegic in Zambia (where he had lived with his family until 1974).

After his accident Stewart is known to have said:

“While lying in bed thinking about things I kept on having this recurrent thought in my head: that we could get a man all the way to the moon in 1969 yet In 1974, the year I had my accident,we couldn’t get a man out of a wheelchair.

I thought we have to do something about it and that is through raising funds and funding the very best of the best of medical research focused on central nervous system re-generation …that is a way forward to restore partial function to people with spinal cord injuries..”

He always believed it was a question of when, not if.

Later, after an extended time in the UK where he also studied law, Stewart moved to Perth where he established SpinalCure Australia with co-founders Professor Perry Bartlett and Joanna Knott, in 1994. Both organisations have become leaders in their fields of funding research to end paralysis caused by spinal injuries.

Stewart was also a highly successful personal injuries’ barrister both in London and Perth.

Quietly spoken, Stewart, known for both his compassion and his determination, confronted medical dogma at the time by challenging medical pessimism about the regeneration of the spinal cord. He rallied influential people in the UK, including royalty such as Princess Diana, to get behind his mission to find a cure and successfully continued the quest in Australia, giving hope to many people with spinal injuries worldwide.

In 1997, he was appointed a Member of the Order of Australia (AM) for his community work.

Just a few years ago Stewart said: “ I think what you’re going to see is incremental advances. The spinal-cord doesn’t want to reveal its secrets just willy-nilly.. you have to prize them open to get further knowledge. It is like building a massive building – you get one area of knowledge and a picture begins to emerge.
“I’m convinced beyond reasonable doubt we will have some substantial sensuo Motor recovery with in the next 5 to 7 years”.

Stewart remained committed to finding a cure until the end, and was encouraged by recent research breakthroughs, especially in the field of neurostimulation, which SpinalCure is proactively supporting.

He is survived by his close family—wife Oranuch, son Ben, brother Malcolm, sister Simone and families. Stewart was admired by so many people and will be hugely missed.

Congratulations to Tom on his huge achievement, completing the Ultra-Trail Kosciuszko 100km marathon in just over 23 hours, and for reaching his fundraising target and raising over $5,000 for SCI research. Tom set off in sub-zero temperatures and not only faced the challenging…
END_OF_DOCUMENT_TOKEN_TO_BE_REPLACED

A stunning day in Sydney for the annual LAGS Golf Day in support of SpinalCure Members of the Lloyd’s Australia insurance and underwriting community enjoyed a glorious morning on the greens at Concord Golf Club, followed by lunch in the…
END_OF_DOCUMENT_TOKEN_TO_BE_REPLACED

Thrilled to have SpinalCure community ambassador Dean Martelozzo feature as the cover story on the summer edition of Link – Australia’s premier national disability magazine. Dean became a paraplegic in 2011 as a result of a snowboarding accident in the…
END_OF_DOCUMENT_TOKEN_TO_BE_REPLACED

Sydney, 6 December 2022 Today, Comedian and Presenter Tommy Little handed over a cheque for $103,520 to Project Spark, a partnership between Neuroscience Research Australia (NeuRA), SpinalCure and Spinal Cord Injuries Australia that has the potential to improve the lives…
END_OF_DOCUMENT_TOKEN_TO_BE_REPLACED

Our heartfelt congratulations to Associate Professor Marc Ruitenberg from the University of Queensland’s School of Biomedical Sciences on being awarded a prestigious Churchill Fellowship. Dr Ruitenberg and his team are using the latest advances in single-cell and spatial sequencing technologies…
END_OF_DOCUMENT_TOKEN_TO_BE_REPLACED