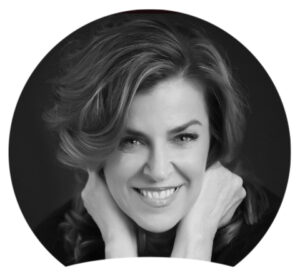 Janine Shepherd, CSP, was a former Australian champion skier headed to the 1988 Calgary Winter Olympics. Instead, she was the victim of a horrific accident on a training bike ride, suffering multiple, life-threatening injuries.

After almost six months in hospital and struggling to rehabilitate with permanent disabilities, Janine didn’t just learn to walk, she chose to fly!

Starting flight training in a plaster body cast, she ultimately attained her commercial pilot rating, and even taught aerobatics. Told is was unlikely she would ever have children; she is the proud mother of three.

Today, Janine Shepherd is an internationally renowned speaker and author of six best-selling books. Her inspiring TED talk, “A Broken Body Isn’t a Broken Person.” has been viewed by millions worldwide (see below).

She’s been featured on Australian “60 Minutes”, “This is Your Life”, and recognised with her country’s highest honour, The Order of Australia. She was named an ‘Architect of Change’ by Maria Shriver and was once named as one of the ‘Ten Outstanding Young People of the World.” Janine is an ambassador for Spinal Cure Australia and Red Bull, Wings for Life. Her life story has been adapted into a movie, titled after her first book, Never Tell Me Never.

Today, Janine travels the world, sharing her message of resilience and transformation.