Dean Martelozzo was chosen to represent SpinalCure as part of our inaugural Community Ambassadors program. He was chosen not only because he is active in the community and keeps in close contact with the spinal team at the Prince of Wales hospital, but the company he co-founded has also pledged 20% of profits to SpinalCure.

After completing his undergraduate degree in 2011, Dean bought a one-way ticket to Europe to live the life of a backpacker starting with a snow season in Val d’Isere, France. Three months into the season, he had an accident in the Tignes terrain park that resulted in a traumatic brain injury and four breaks in his back, rendering him an incomplete paraplegic.

“My life was turned upside down that day. I was always a pretty active guy. Surfing, snowboarding, skating, hiking, exploring in general… It felt like I had lost everything. Fortunately, I’m rational and objective enough to understand that what was done was done. I couldn’t go back and change it, so my best option was to make the most of each day going forward.

After leaving hospital, he refused to let his injury hold him back and completed a Master of Business Administration whilst going through rehab, working full time and completing a Diploma of Financial Planning. Upon graduating, he began a career in the financial services industry while concurrently co-founding a microdistillery in Wollongong with his childhood friends, Headlands Distilling Co. 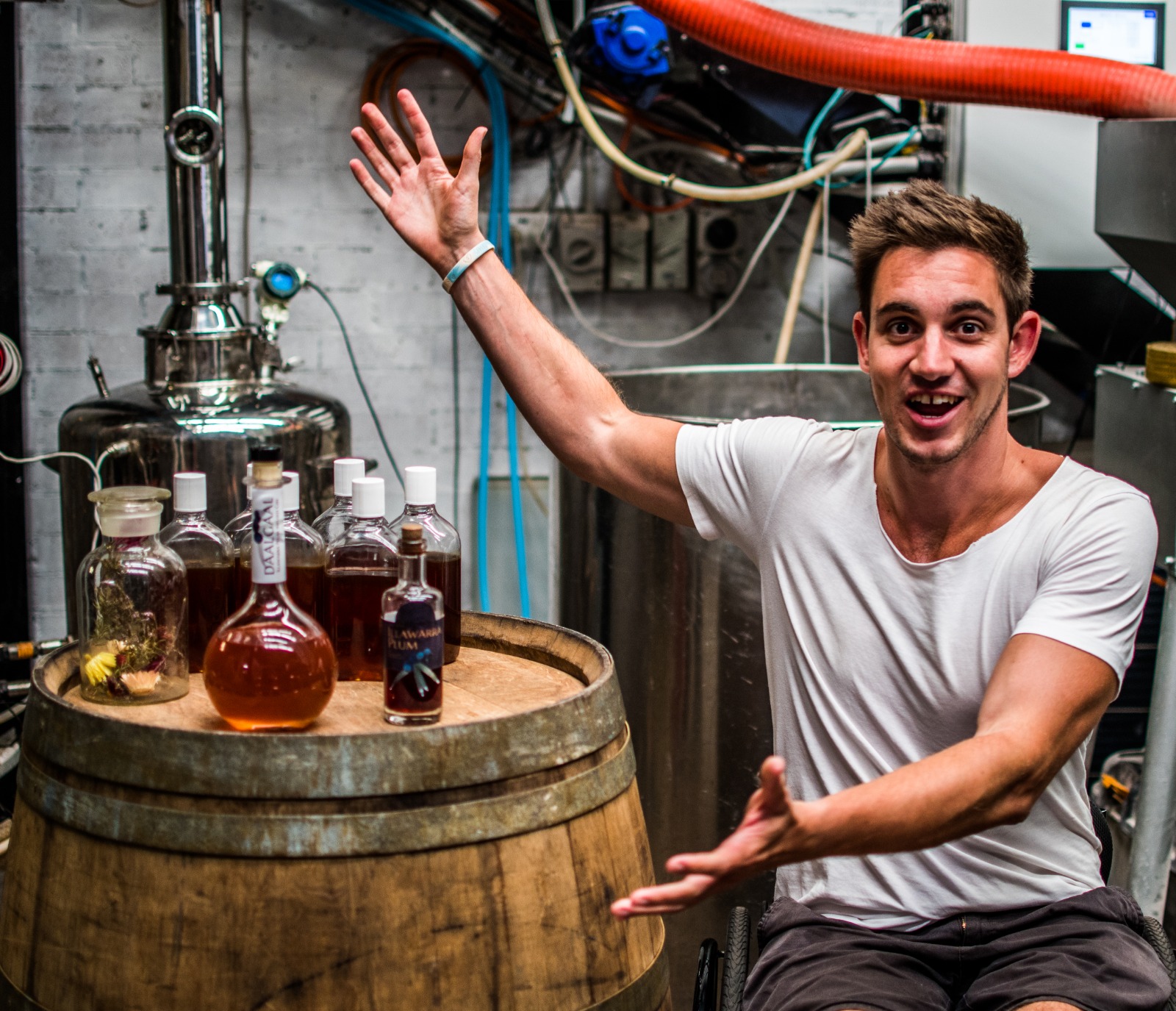 They have developed a socially responsible business that supports the community. During the first wave of the COVID-19 pandemic, they were able to quickly respond to market shortages of sanitiser brought on by surging international demand for this critical component in the fight against the virus.

As someone that actively follows the academic spinal cord injury research undertaken across the globe, he feels that being a community ambassador will give him a platform to promote SpinalCure’s values while facilitating greater awareness of spinal cord injuries within the community.

“Whilst I’m no specialist, it’s my belief that at some point, humans will be able to cure spinal cord injuries. The question in my mind is not if it will ever happen, but whether it happens in 2 years or 200. There is absolute uncertainty as to how long it will take to find the cure, but I’m certain that with more awareness and greater funding, that cure will come sooner.