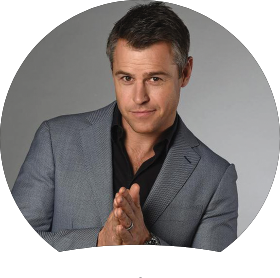 Spinal Cure Australia is very proud to have Actor Rodger Corser as an Ambassador. After co-hosting our Oscar’s luncheon fund raiser Rodger decided to become more involved as an Ambassador as coincidently he has a connection to SCA being an old friend of Director Gary Allsop.