Volunteers needed to participate in the eWalk neurostimulation trial

Researchers at NeuRA are seeking volunteer research participants to study the effects of 12 weeks of electrical spinal cord stimulation applied over the skin combined with walking training in paraplegics with incomplete spinal cord injury.

In 2011, one of the world’s most prestigious medical journals, The Lancet, did something unusual. It published a paper with an “n = 1”, meaning the results were from just one person, highlighting the extraordinary nature of the reported breakthrough. The study detailed the case of C7/T1 paraplegic Rob Summers, who was the first person in the world to receive an epidural electrical stimulator to treat spinal cord injury.

For the first time ever, a peer-reviewed scientific paper showed it was possible to restore meaningful movement and function to a person years after they were paralysed.

Fast-forward to 2018, and an incredible milestone in SCI research was reached — six volunteers recovered the ability to stand and walk with only the aid of a walking frame for balance (watch research participants talk about their progress) (Published papers from Louisville KN and the Mayo Clinic). Many more have recovered life changing movement and function in other experiments.

SpinalCure first became interested in neurostimulation as a direct result of the Lancet paper and after a great deal of work and much investigation and fundraising, in 2019 SpinalCure and Neuroscience Research Australia (NeuRA) announced a collaboration to further develop neurostimulation treatments in Australia. What is spinal cord neurostimulation? 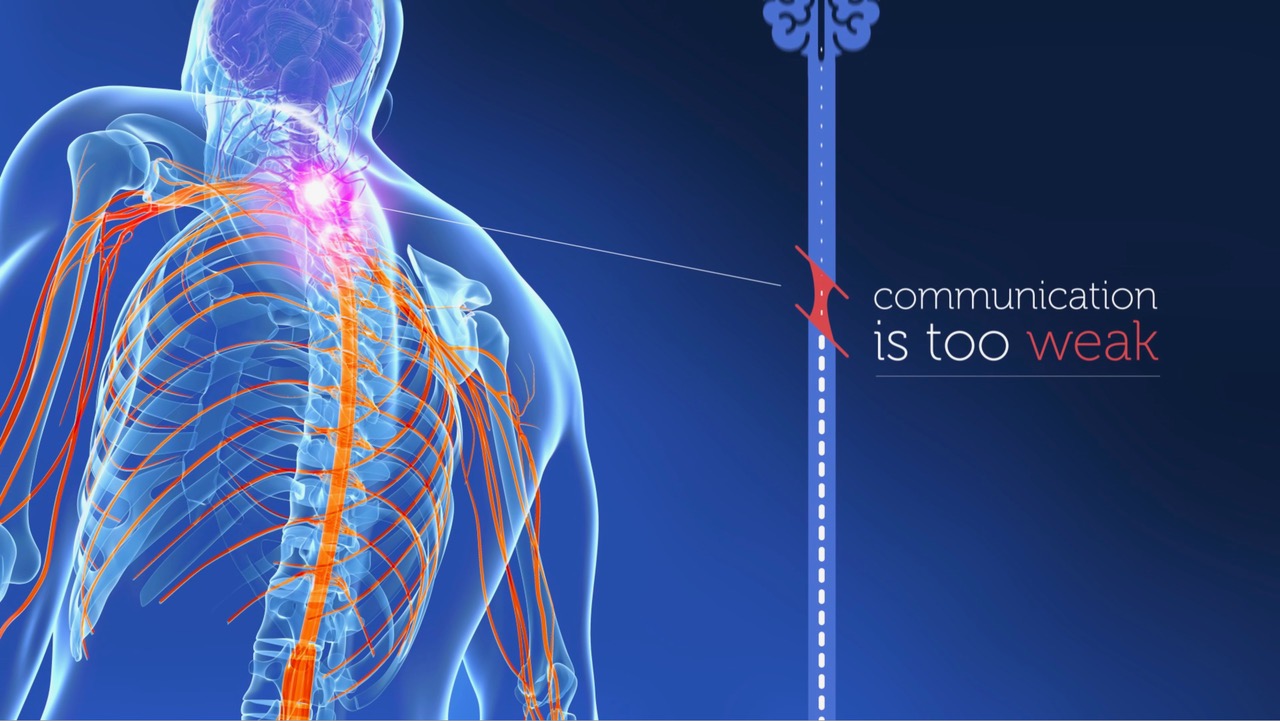 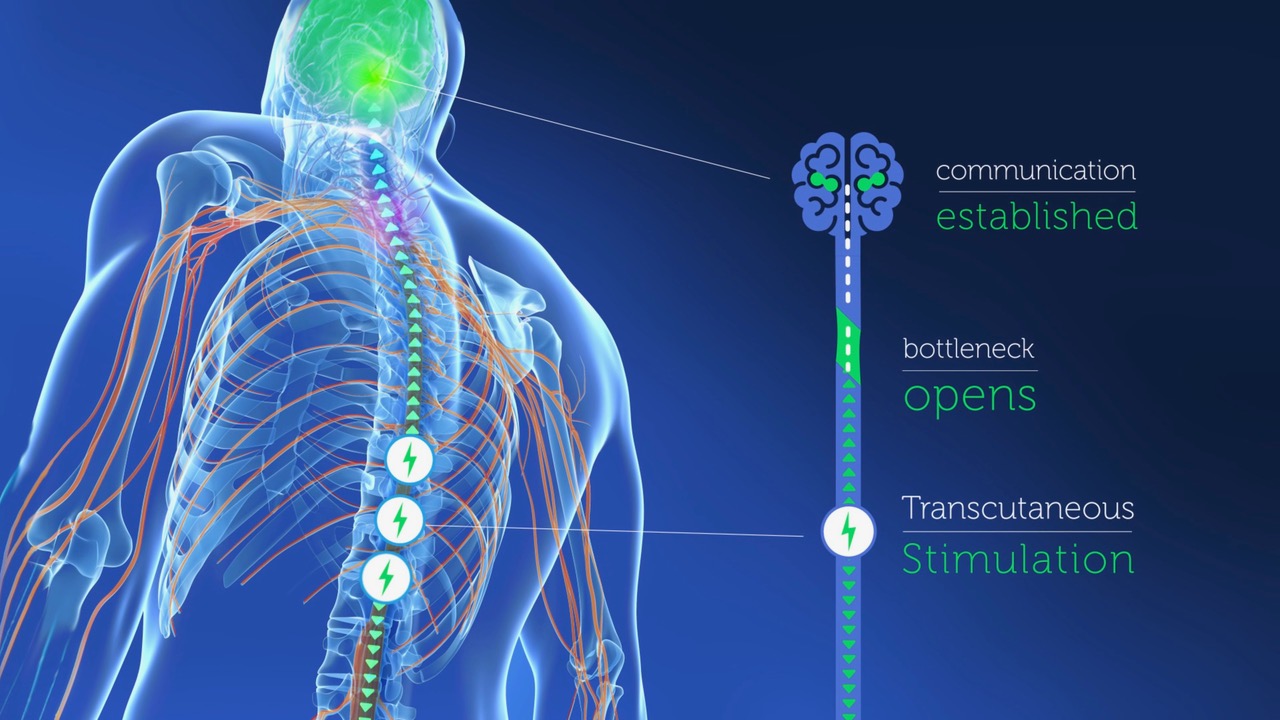 Most spinal cord injuries in Australia are ‘contusion’ injuries where the spinal cord is crushed on one side but not completely severed. This leaves some nerve pathways between the brain and body intact. However, these pathways seem to go dormant. One approach, epidural stimulation, was originally developed to treat chronic pain.  A tiny array of electrodes is implanted in the epidural space on the ‘dura’ (the protective layer that surrounds the spinal cord) and used to deliver electrical impulses to precise parts of the cord. In addition to returning significant control of muscles, epidural spinal cord stimulation has been shown to safely restore important autonomic functions — such as bladder control and blood pressure control and sexual function for paralysed patients.

Epidural stimulation requires an expensive operation and is not without risks. The alternative is to place the electrodes on the skin (transcutaneous) at certain locations over the spinal cord. This method has also been shown to improve blood pressure control, bladder function, control of legs and hand function.

Assuming larger scale clinical trials confirm benefits and safety, this treatment could be made more widely available in a matter of years.

Nine months later, NeuRA’s new Spinal Cord Injury Research Centre (SCIRC) was completed and the first test stimulation experiments commenced — an incredibly cathartic moment for those of us who have been working so long to bring the promise of this line of research to paralysed Australians.

The SCIRC contains an extensive exercise facility complete with gravity assisted walking track and treadmills along with other state-of-the art research equipment. This is surrounded by research labs, offices and wheelchair accessible loos big enough to host a party in.

Most of the headline results have used implanted epidural stimulators (see above, “What is neurostimulation”). However, the work at NeuRA is focussing on the ability of “transcutaneous” neurostimulation, which uses electrodes placed on the skin, to restore movement and autonomic function, such as bladder/bowel control, sexual function and cardiovascular stability. This method of applying the stimulation eliminates the high cost and risks of an operation and the long post-operative recovery. Thus, any successful treatment developed could be distributed much more quickly and more widely.

Despite these positive results, a lack of highly controlled clinical trials has prevented this technology from being converted into clinical practice. SpinalCure and NeuRA have partnered to address this need, leading to the SCIRC's flagship clinical trial, the eWalk trial, which commenced treating volunteers in March 2021.  The trial is primarily looking at restoring the ability to stand and take steps.

Project Spark will greatly expand on this beginning with a series neurostimulation experiments targeting the returns of function that those affected want most. 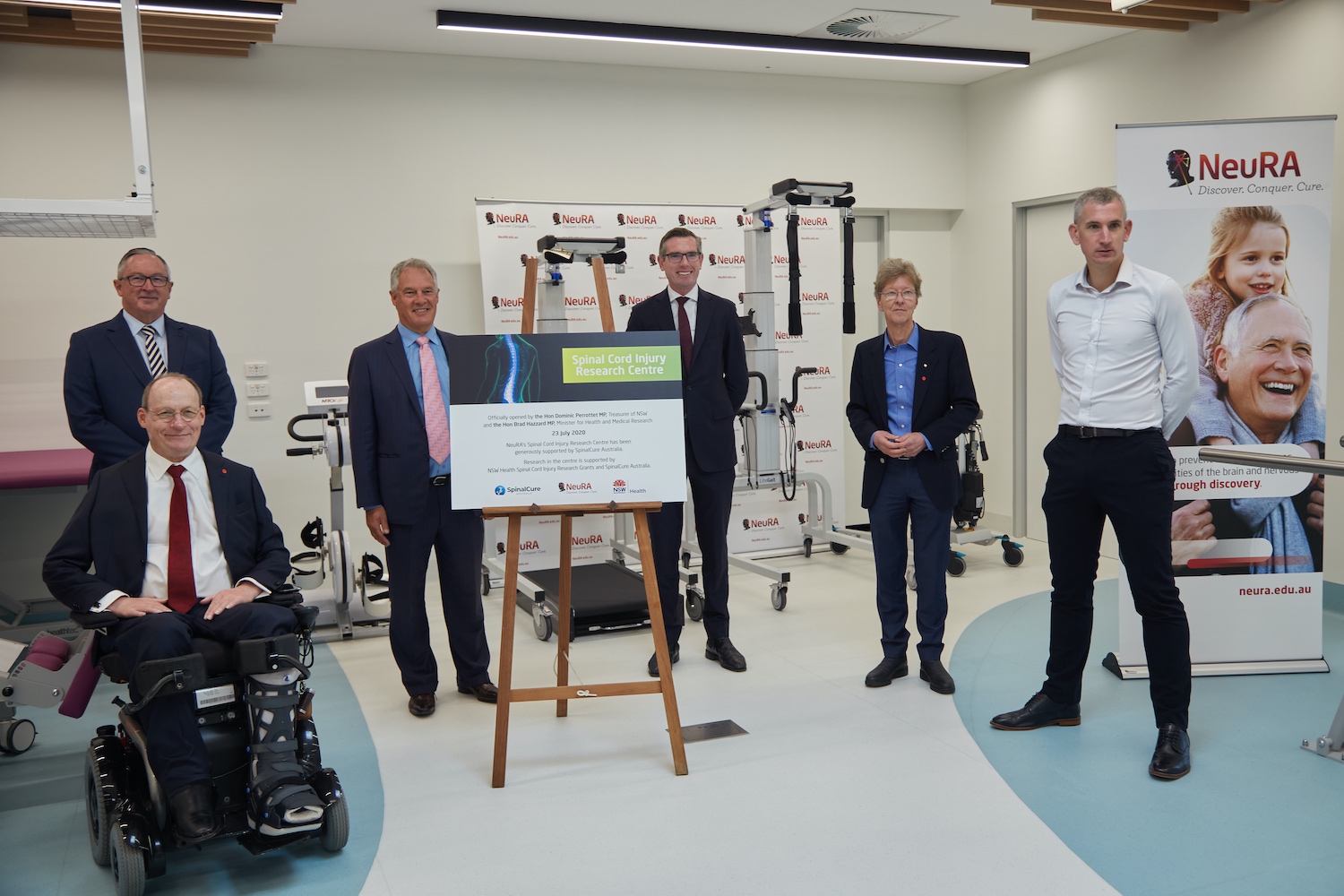 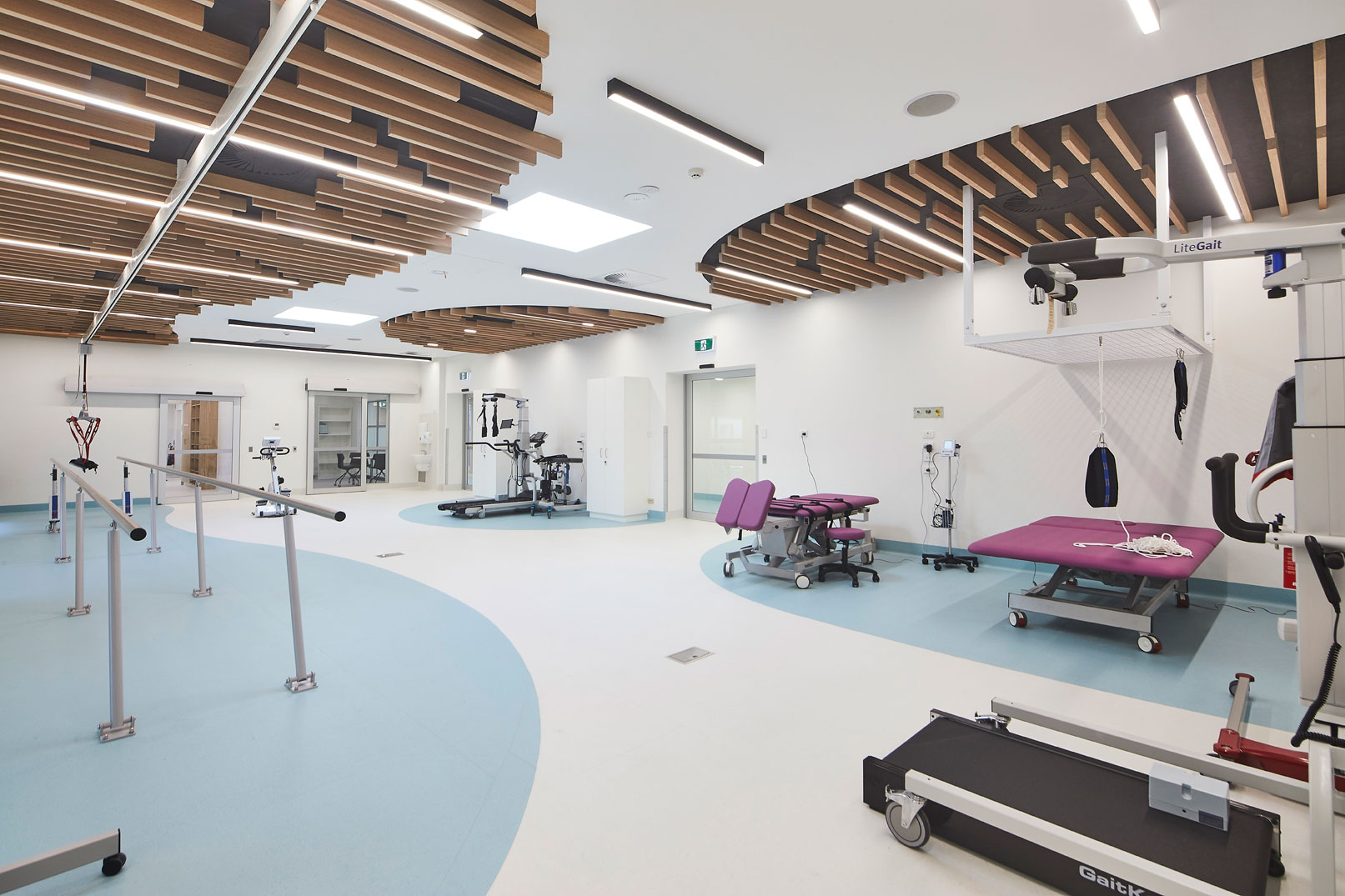 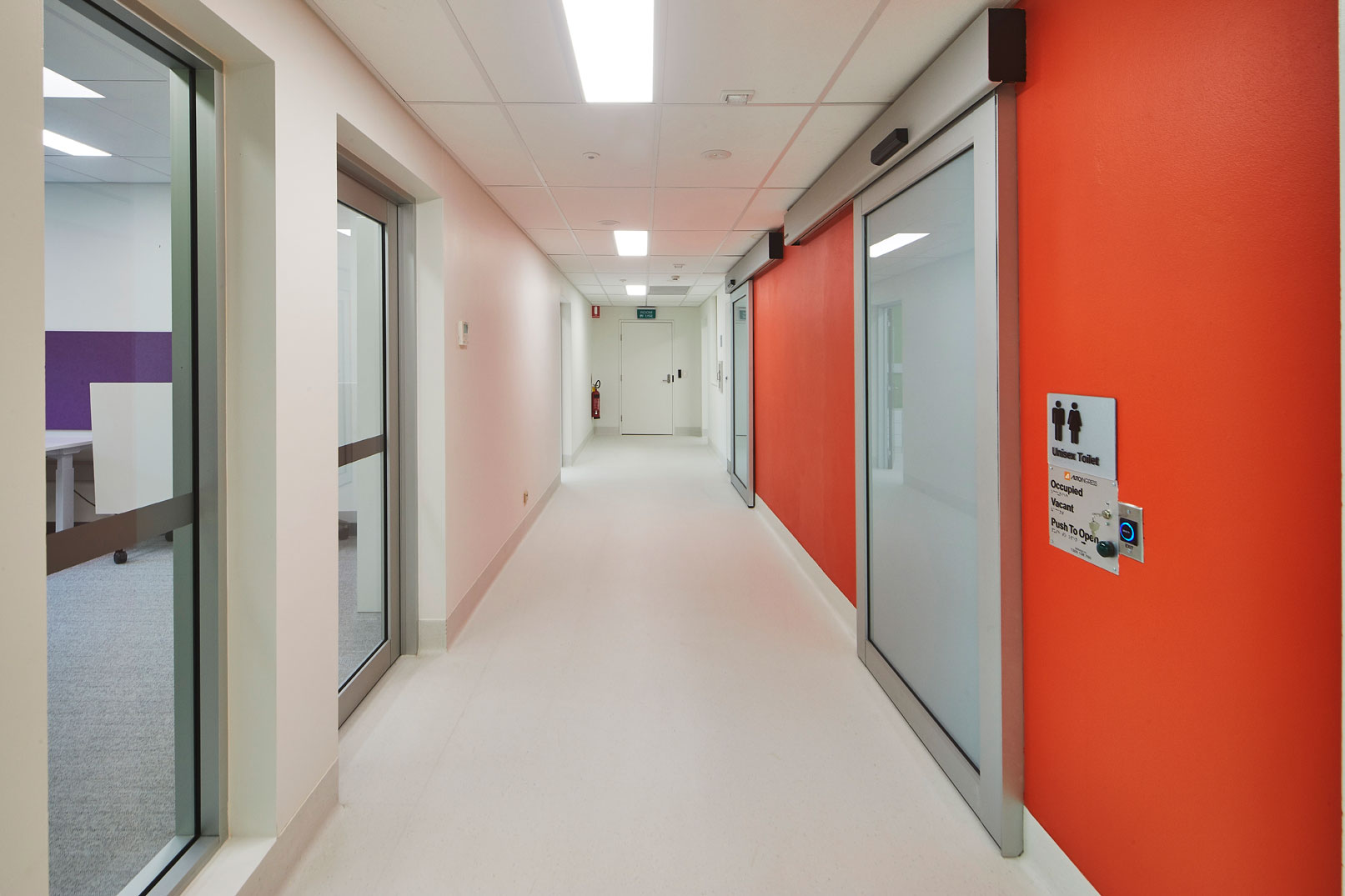 Project Spark aims to expand this research around Australia

Of course, all this work is expensive. In addition to NeuRA’s own significant investment in building the SCIRC, SpinalCure and our NZ partner, CatWalk have contributed $1.75m each to fund the eWalk trial. Our friends at Spinal Cord Injuries Australia have also recognised the promise of this research and invested $100,000 in the project.

CatWalk and SpinalCure have made similar commitment to fund the first of Project Spark's community based trials. SCIA and Forward Ability Support (formerly Paraquad NSW) have made significant donations making this trial a truly collaborative project.

The more funds we can raise, the faster these treatments can be developed and eventually made available across Australia. While being some way from a complete cure, which will likely require a combination of interventions, neurostimulation is profoundly improving volunteers’ health, abilities and quality of life. SpinalCure’s goal for the coming years is to see these benefits made available to all Australian’s affected by spinal cord injury. 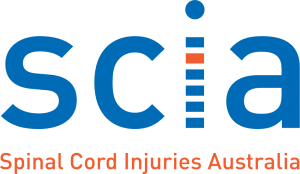