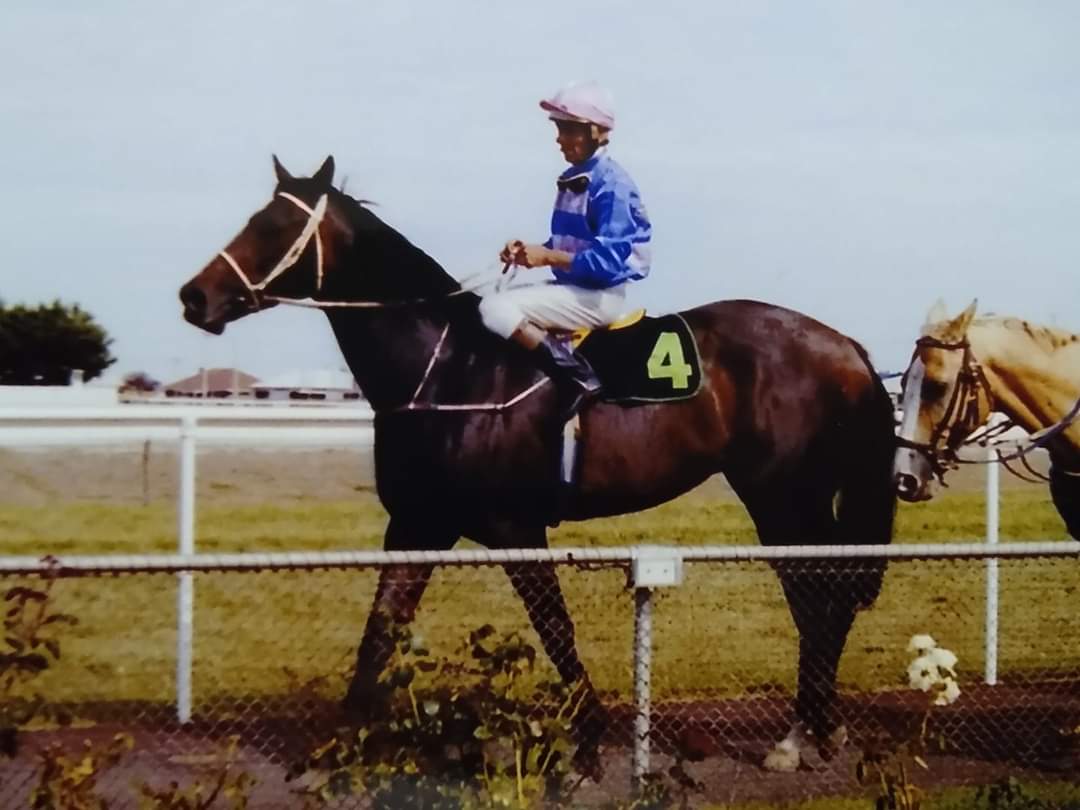 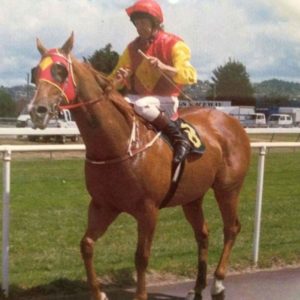 Horse racing is clearly in the blood when it comes to Kevin Ring. As a former jockey, Kevin rode with distinction for over 30 years before becoming involved with the Tasmanian Jockeys’ Association, where he has held a number of roles for the past 25 years including President.

Today, as National Health and Safety Officer at the Australian Jockeys’ Association, Kevin is responsible for overseeing the health and safety of over 850 jockeys throughout Australia. He’s intimately familiar with the risks associated with horse racing and speaking from experience can attest to the dangers involved.

“A fractured tailbone was the first vertebrae I ever broke whilst racing, it was terrible pain and very uncomfortable, especially when I tried to ride the next day.”

Kevin went on to add,

“I’ve fractured a number of lumbar vertebrae as well and have also fractured T1, T2, T3 and T4, piercing the spinal cord; T3 and T4 are wedged together (and still are). I’ve experienced concussions multiple times, been in a coma, fractured my skull, broken my sternum and a number of other bones. I’m quite aware of how fortunate I am, and have seen riders and close friends that have ended up paraplegic or with quadriplegia as a result of falls both on and off the racetrack.” 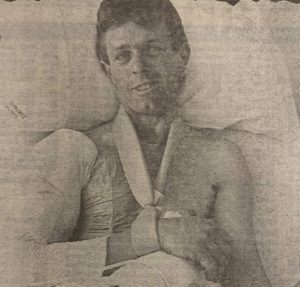 Kevin has a strong commitment to improving the welfare of jockeys, particularly in the area of safety. Part of his role at the Australian Jockeys’ Association is supporting jockeys and their families after accidents have sadly occurred, and he’s highly respected across the industry for his efforts. Kevin also takes a keen interest in medical research and potential developments that stand to make a difference to injured jockeys and the wider community.

Kevin said, “It’s a dangerous occupation, the most dangerous land occupation in the world actually. If we can help support research to find a cure for spinal cord injury or that results in some sort of improved quality of life, and work forward on it, then great. And not just for jockeys, but for everyone.”

Kevin initially came to hear about SpinalCure through Tony Crisafi, CEO at the NSW Jockeys’ Association and is committed to supporting our cause, as well as advocacy for continued government funding into cure-related SCI research.

Kevin started his career in 1975 as an apprentice jockey at Rosehill, Sydney. He made the move to Tasmania in 1989 after a bad run of luck with a big wet in NSW and suspensions, finally settling in Devonport, where he has remained ever since with his wife and daughter. His horse racing career highlights include winning the Scone Cup, the Golden Mile at Southport and the Country Cup at Randwick. Kevin’s biggest wins in Tasmania include the Crown Lager Stakes (WFA) and the Fosters Classic.

Kevin has always been involved in racing in some way or another, whether it has been in Sydney, nationally, or overseas. His passion is with the jockeys and we’re thrilled to have his support.

He concluded by saying,

“I wouldn’t do much differently,” adding, “my wife doesn’t think I’ll ever retire.”

Horse racing is clearly in the blood when it comes to Kevin Ring. As a former jockey, Kevin rode with distinction for over 30 years before becoming involved with the Tasmanian Jockeys’ Association, where he has held a number of…

A group at CQ University, under the supervision of Dr Vanesa Bochkezanian, is conducting a survey to find out people’s  perceptions around using nerve stimulation devices to help manage bladder and bowel problems. The devices can either be implanted or…
END_OF_DOCUMENT_TOKEN_TO_BE_REPLACED

A thank you and update from our CEO

Dear supporter, I would like to personally thank you for a record breaking End of Financial Year. The SpinalCure team have loved reading your donation messages and it means the world to us that our supporter community recognise and support…
END_OF_DOCUMENT_TOKEN_TO_BE_REPLACED

Half of all people with spinal cord injury (SCI) will develop chronic neuropathic pain—just one of the unseen effects that can be debilitating for the person with an injury. A clinical trial, funded through the $15m NSW Government grants offered…
END_OF_DOCUMENT_TOKEN_TO_BE_REPLACED