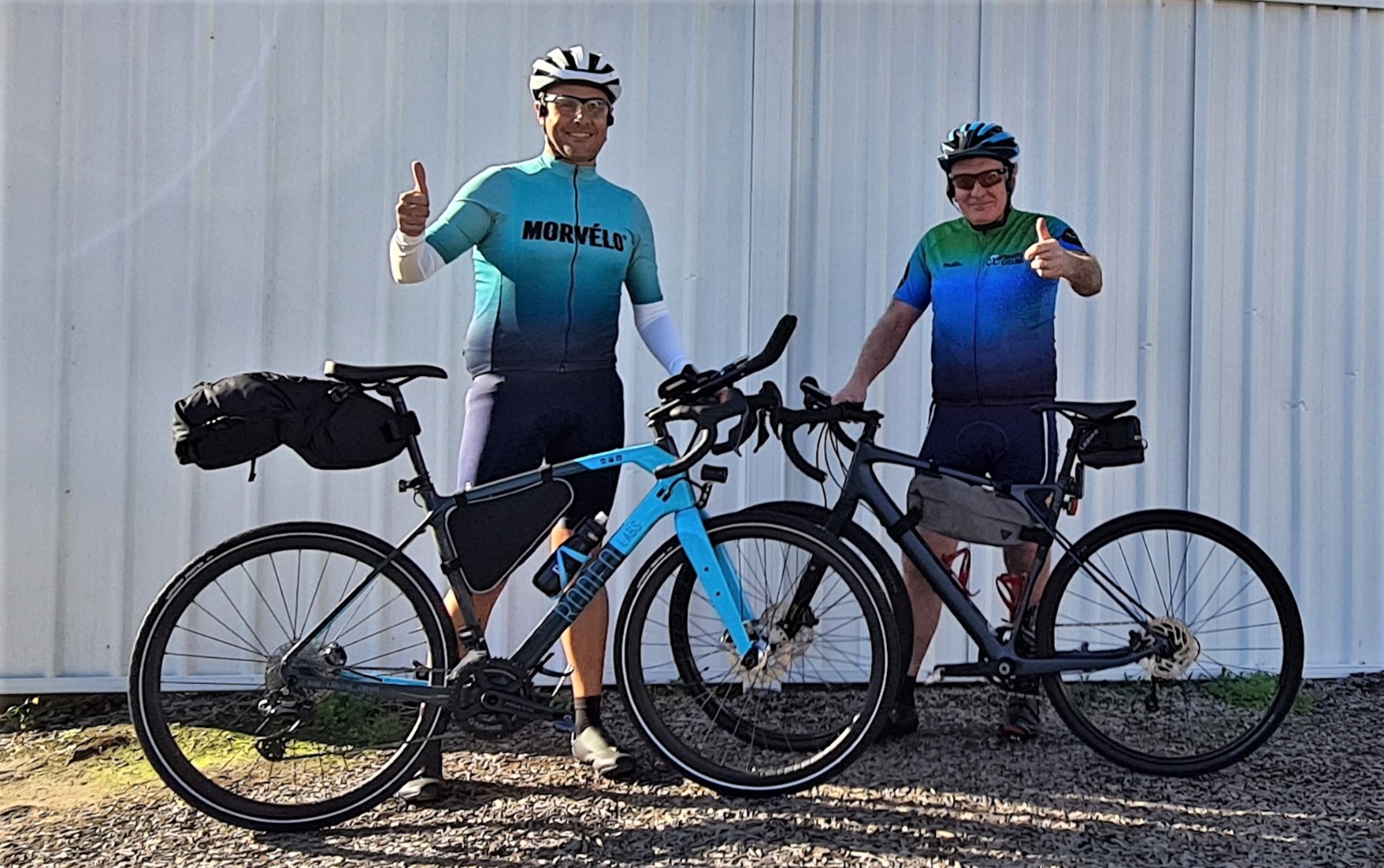 In 2004 Norman had a motor vehicle accident which left him with some rather serious injuries – a broken neck at C2 and back at T3, a fractured sternum, four ribs severed from his spine and a stick pierced his eye just missing the pupil.

After spending three weeks in ICU, mostly in an induced coma, he was transferred to the neuro ward where he spent another two months flat on his back until he was placed in a body brace and halo.

With physio and lots of self-motivation he was able to take a few steps. This improved once the halo was replaced but his strength was very poor and he couldn’t do the simplest of tasks.

Despite his injuries, he returned to work as soon as possible, spending just three hours a day at the office. He was meant to stick to this schedule for six months but within the second week he was back to full days.

He believes his new found purpose in work assisted his recovery. In the year that followed, the service centre he worked at was rated best in South Africa and he was nominated for service manager of the year. Motivated, he set higher goals and was soon appointed Senior Service manager for Hyundai South Africa and was responsible for five centres.

Norman continued his recovery and slowly gained more strength, succeeding in his career, showing that people are often far stronger and more resilient than they initially think. He believes “it is not the size or the goal or the hint of glory, the most important aspect is to be able to understand your own ability and embrace it.”

Now Norman has set a new challenge of cycling to raise funds for SpinalCure. His initial intention was to cycle ‘Cross Oz’ but those plans have been put on hold because of covid. However he is still motivated to raise as much money as possible and is planning on riding for 31 consecutive days, aiming for 100 kms per day.

With his rides Norm wants to spread his message of ‘never give up’. He is not an endurance athlete, he just believes that anything is possible with the right mindset, a lot of drive, firm determination and support from friends and family.

Tony Robinson, part-owner of gelding Do The Narna, has generously promised to give all his profits from the gelding’s racing career to SpinalCure. Tony is a great mate to SpinalCure Australia Director Gary Allsop, who he calls ‘the great persuader’.…
END_OF_DOCUMENT_TOKEN_TO_BE_REPLACED

Philip was only 18 when he broke his neck at a Sydney surf beach 40 years ago, diving in to get the sand off. He’s been in a wheelchair ever since, and has come to define himself by his abilities…
END_OF_DOCUMENT_TOKEN_TO_BE_REPLACED

We are at an exciting point with cure-related spinal cord injury research in Australia, with our landmark gold standard eWalk trial beginning. Great progress is also being made in other areas. Dollars are the major hurdle in expanding trials and access…
END_OF_DOCUMENT_TOKEN_TO_BE_REPLACED