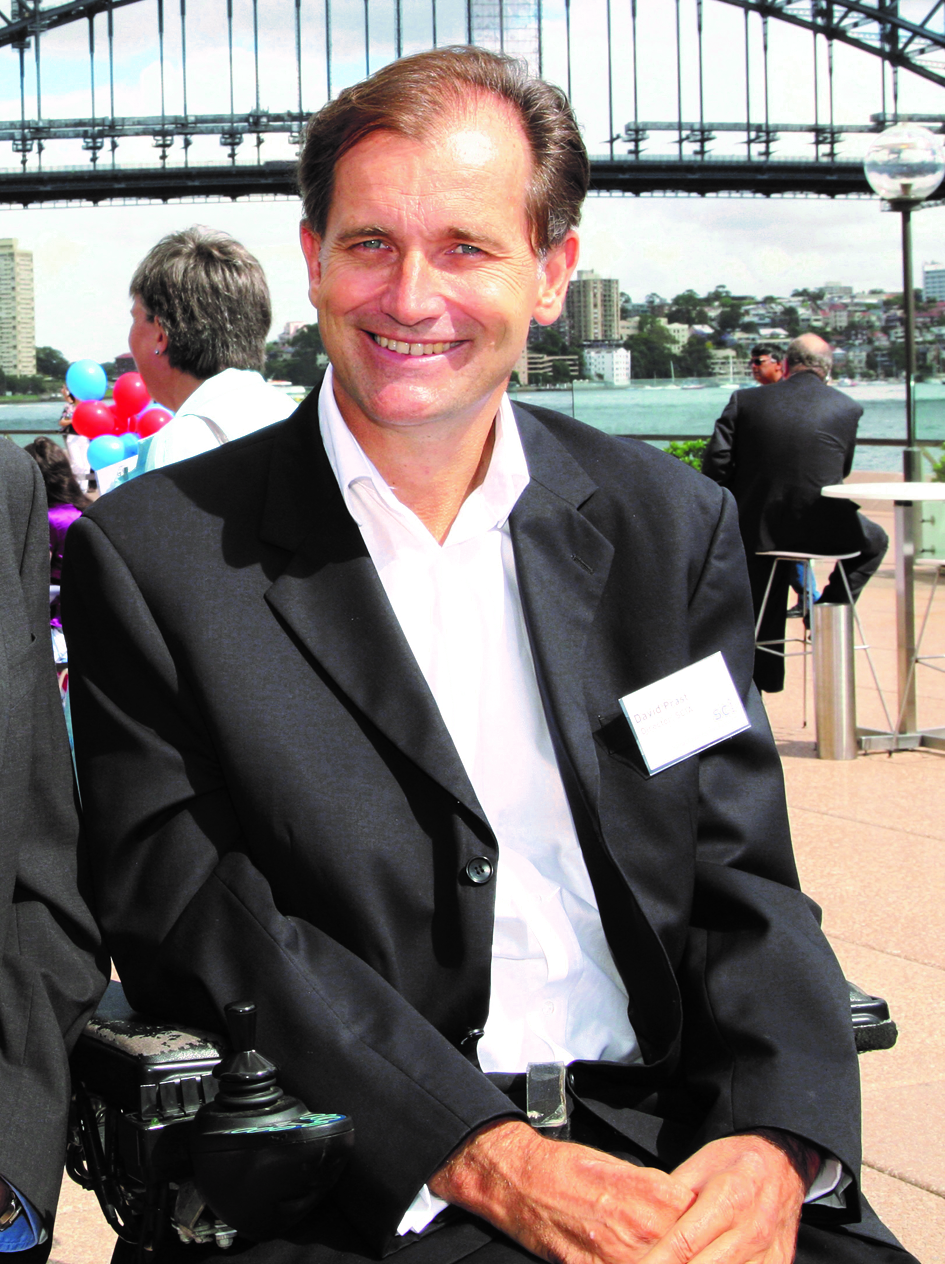 In partnership with Spinal Cord Injuries Australia (SCIA), we are excited to announce the launch of The David Prast Achievement Award. In memory of the very remarkable Mr David Prast, the Award celebrates his dedication and pursuit of excellence and innovation in the area of spinal cord injury rehabilitation.

The award is designed to support a significant professional development opportunity for clinicians at NeuroMoves exercise therapy centres—Australian research on this program was originally funded by SpinalCure and SCIA. It aims to further the winning clinician’s skills to improve the outcomes for people with spinal cord injury (SCI).

The Award is worth up to $15,000 per annum and is an equal contribution from SCIA and SpinalCure. 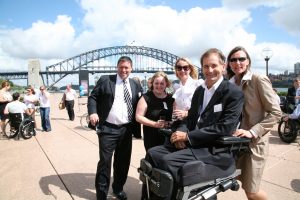 David Prast led a remarkable life both before and after his spinal cord injury which occurred in a body surfing accident at Cottesloe Beach, Perth on 25 February 1995. He was just 29 years of age when he became a C5-6 complete quadriplegic. From this point, he dedicated his life to finding a cure for SCI.

David campaigned governments at all levels to shift more funding to SCI research. He was the instigator for the Western Australian Government to set up Australia’s first Neurotrauma Research Program, directing funds from traffic fines to be used for research to help those impacted by motor vehicle accidents resulting in SCI and brain injury.

He was also involved with other leading figures in SCI, in the establishment of the Spinal Cord Injury Network – which was tasked with forming clinical networks across SCI, stroke, and a range of other conditions and coordinating and promoting clinical trials.

David was a director at SpinalCure from 1998 until his death in 2011.  In 2006 he joined the board of SCIA and was the driving force behind convincing the board to start the program ‘Walk On’ which is now known as NeuroMoves.

This incredible award was launched on Wednesday 24 November 2021, with applications opening in December for an exceptional NeuroMoves clinician to enter, with the winner announced in February each year.

With the fantastic connections that both organisations have, such as NeuRA who are conducting the SpinalCure-initiated eWALK trial, multiple universities throughout Australia, a large pool of incredible specialists in the field of neurological conditions, and even the Neuro-Recovery Network in the United States, this award will provide a NeuroMoves staff member the opportunity to participate in ground breaking research, advanced therapy programs or even to experience new therapy options, all for the betterment of individuals with a neurological condition.

To learn more about David’s life, watch this video:

The team at Billabong’s Australian office recently held a bake sale to celebrate what would have been a birthday for their dear late friend and colleague of 30 years, Marlene Wills.  Together, the team at Boardriders Inc (which owns Billabong),…
END_OF_DOCUMENT_TOKEN_TO_BE_REPLACED

Professor Simon Gandevia is one of the world’s leading neuroscientists, and is the Deputy Director of NeuRA and Senior Principal Research Fellow, NHMRC. He is also the Study Lead for the eWALK trial, funded and initiated by SpinalCure, along with…
END_OF_DOCUMENT_TOKEN_TO_BE_REPLACED

For decades, spinal cord injuries have remained one of the hardest injuries for scientists to treat because nerves in our spinal cord have a limited ability to repair. But a new study from Northwestern University in the United States has…
END_OF_DOCUMENT_TOKEN_TO_BE_REPLACED

We are excited to announce that Dr Camila Quel de Oliveira has won the Spinal Research Institute’s Spinal Cord Injury Research Writing Prize 2021. Her article discusses her SpinalCure-funded research on the use of robotics to improve arm and hand…
END_OF_DOCUMENT_TOKEN_TO_BE_REPLACED

Alex loves mountain bikes—he was mountain-biking when he injured himself two years ago at age 16. He was in year 11 at school. As Alex waited for help, a friend called his mum Karina and held the phone to his…
END_OF_DOCUMENT_TOKEN_TO_BE_REPLACED