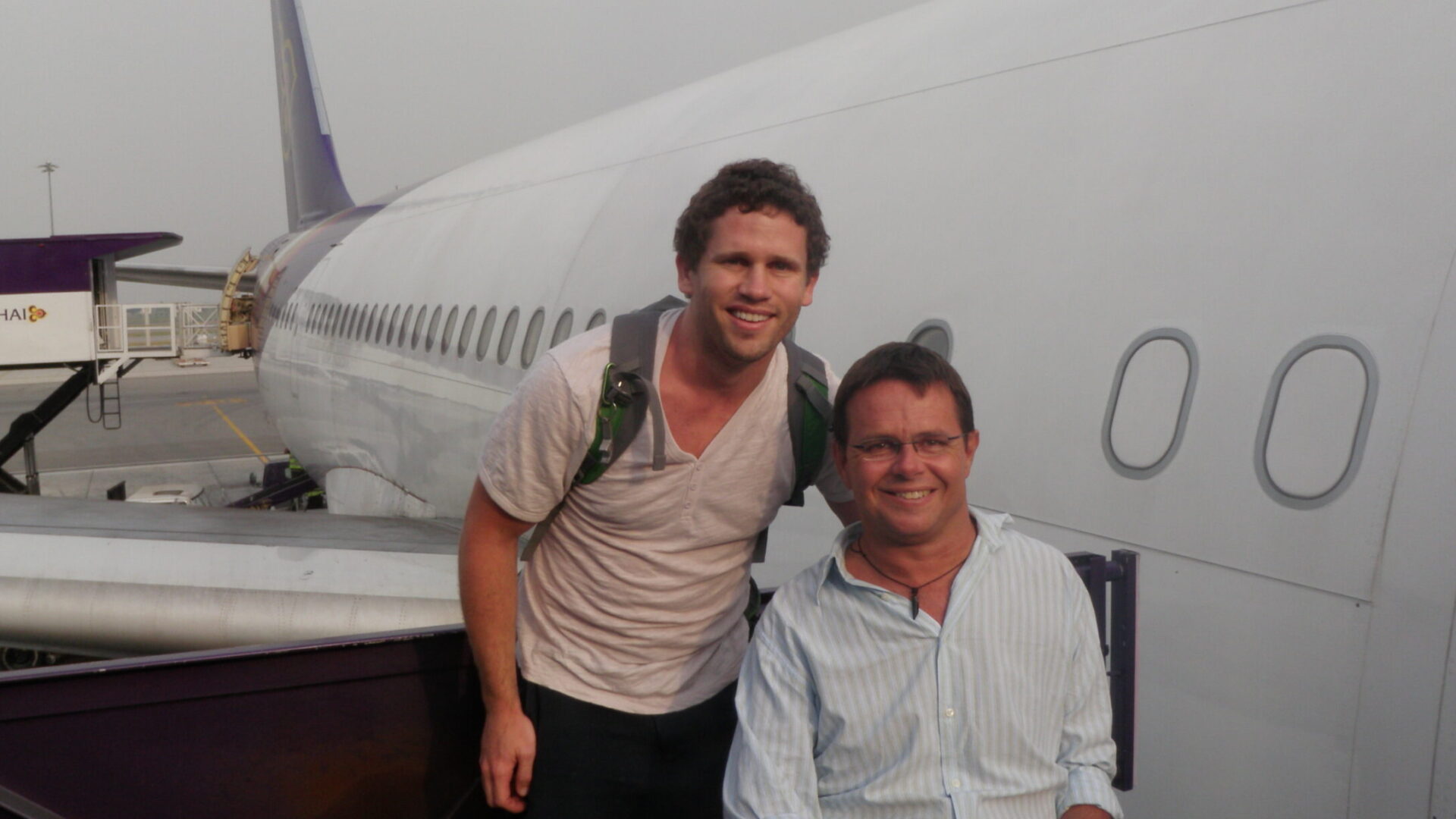 Philip was only 18 when he broke his neck at a Sydney surf beach 40 years ago, diving in to get the sand off. He’s been in a wheelchair ever since, and has come to define himself by his abilities rather than disabilities. He’s just released a book about his life, his family’s secrets, and the emotional impact of life in a wheelchair.

SpinalCure spoke to Philip about his life and his book.

You broke your neck at a Sydney surfing beach – can you tell us a bit more about how you were injured?

I was at Long Reef Beach (one of Sydney’s Northern Beaches) and dived into the surf to get the sand off. I hit a sandbank and broke my neck. I was 18 years’ old at the time.

Luckily, I was with friends, and one of my mates saw me floating in the water. He and another guy came and carried me out and the first guy gave me mouth-to-mouth. The life guard tried to radio a helicopter, but they only had one rescue helicopter in those days, and it was in for a service. So I was eventually taken to Mona Vale Hospital by ambulance.

At first they thought I just had ‘spinal shock’, but when my father got to the hospital, he kicked up a stink, then they finally x-rayed my neck. The delay most likely had a detrimental effect. When they realised how serious my injury was, I was put back in the same ambulance that was still full of sand and taken to the Royal North Shore Hospital.

I almost died on the way to the Royal North Shore Hospital – I stopped breathing.

My C4/5 were damaged, thankfully though an incomplete break.

How was your initial recovery?

I was in traction for five weeks and in hospital for six months and four days.

I was lucky to be overwhelmed by visitors, which kept my spirits up. I never got too depressed in the hospital. That came later—eight years later actually.

Initially, what was hardest to accept was the incontinence and loss of independence.

I had loved water, but when they put me in the hydrotherapy pool in the hospital, I was absolutely terrified. I agreed to one more visit to the pool, and my reaction was worse. I never went back to the pool while I was in the hospital.

When I got out (of hospital), it was trusting my friends that helped me get back in the water. 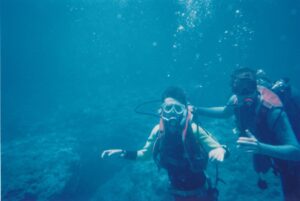 Then I had a few months at home and went straight to University. It was all too busy to stop and think, or get depressed.

Thanks to my amazing mother, she was ready to help me get all my University work done—she pretty much gave up her own life to help me live mine at that time.

Even when I got to Uni, I was still learning about life in a wheelchair. When I look back I think the busyness was a real bonus. Because I just kept going, not thinking there was any reason I couldn’t do things— I’d just give it a try.

Philip went on to complete a Bachelor of Business and became an accountant at a major Australian wealth management company.

What were the hardest things to overcome?

I got depressed later—eight years after my injury—when everyone’s life was changing. My friends were independent, and were getting married and having kids. I didn’t speak to anybody about this. For some reason I didn’t think I needed to.

How have you dealt with the challenges of your injury and what would you say to others who have recently suffered a spinal cord injury?

You can’t live life wrapped in cotton wool. If you want to do something, give it a try.

If someone says, “Do you want to try something?” and you trust the person, give it a go. I put a lot of faith and trust in my friends, that’s how I learned to scuba dive, get back into the surf and tried out skiing and parasailing. My family never said no, even when that took up a lot of their life. I had an incredibly supportive couple of sisters. And my mother did so much for me.

Thanks to government funding, I can live the way I am, doing the things I want, with carers that I can choose. Ninety percent of my carers have become great friends—I have a really strong sense of community with them.

Where have you travelled to and what are some of the adventures you’ve had since being injured?

One of the highlights of my life was in 2016, when I visited Machu Picchu.

This came about because I’ve employed a lot of Argentinian carers. And with Argentinians, you don’t just get one, you get the whole community! It was one of these guys who took me up on another friend’s idea to help me get to the top of Machu Picchu. In the end there were three of us.

My other travel highlights have been visiting the pyramids in Egypt, going to Angkor Watt—I’ve been to a lot of out-of-the-way places.

Another highlight was a few years ago a bunch of us caught up in San Sebastian, Spain to celebrate a milestone birthday: ex-carers, family and friends. Keeping those connections going is priceless.

What would be your favourite COVID travel bubble destination?

I’d go back to Fiji. I really love the people, they’re so friendly. I love being in the water there, and I’ve become friends with some of the people who used to work in the hotel where I stayed. I love to visit them and their families in the villages, and appreciate the local culture, customs and food.

When the borders open, where will you head first?

I want to go over and see my cousins in southern France— in the Loire. They live in an amazing chateau in Chinon, which I haven’t seen yet.

What are your thoughts on research into treatments or a cure? What’s important to you?

For me, where do you start? Gaining some independence with my bladder and bowel is the big thing. At my stage, my bones are all calcified, so I probably couldn’t walk again.

If we could achieve bladder and bowel control that would be fantastic.

You can still do a lot in a wheelchair, but if you can’t use your hands that’s even more restrictive. So improvements in hand function would also be life-changing.

But I never want them to feel guilty, if they say they are busy. I’ve always had an understanding that it was OK to say no. But then they’d usually say, “Feel free to ask another time.” It’s important too because it can take the pressure off your immediate family.

Where can people buy your new book, and why should they buy it?

Everyone has been saying for years to write a book, because I’ve done so much since being in a wheelchair. From Uni, which I guess was sensible to the crazy things I have done traveling. But, it is these things that make life exciting.

When I went up Macchu Picchu, I was on TV and in a couple of newspapers — so I decided I would write the book. It took a long time as I was travelling more and the lady helping me write it was sick for a while.

The book runs the gamut of pretty much everything you can think of. It’s about my childhood in Cammeray, moving to Seaforth and finally moving out from my family home to live relatively independently (but with carers). Learning how to deal with life in a wheelchair, domestic violence and the impact of the accident on me, the family and all those around me. Most of all, it’s about how I have been incredibly fortunate to have been surrounded by people that cared about me.

Find out more about Philip’s book.

SpinalCure is funding research in Australia that could change the lives of people with spinal cord injury, including current research on robotics and hand movement. To support this research, donate or fundraise for a cure.

Tony Robinson, part-owner of gelding Do The Narna, has generously promised to give all his profits from the gelding’s racing career to SpinalCure. Tony is a great mate to SpinalCure Australia Director Gary Allsop, who he calls ‘the great persuader’.…
END_OF_DOCUMENT_TOKEN_TO_BE_REPLACED

Philip was only 18 when he broke his neck at a Sydney surf beach 40 years ago, diving in to get the sand off. He’s been in a wheelchair ever since, and has come to define himself by his abilities…

We are at an exciting point with cure-related spinal cord injury research in Australia, with our landmark gold standard eWalk trial beginning. Great progress is also being made in other areas. Dollars are the major hurdle in expanding trials and access…
END_OF_DOCUMENT_TOKEN_TO_BE_REPLACED