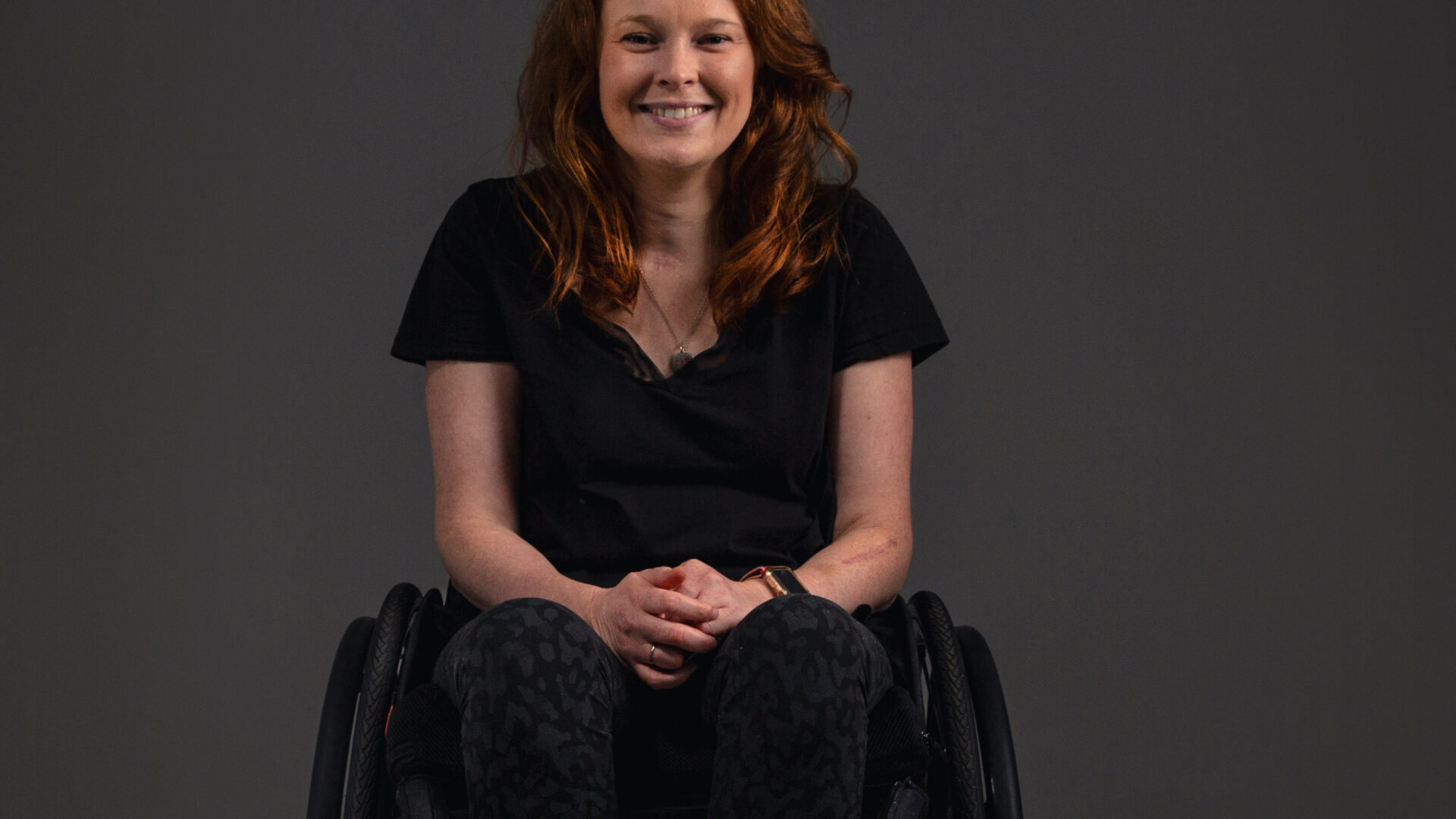 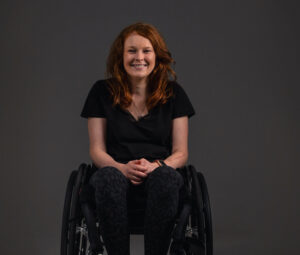 Chloe, a molecular genetics researcher, was on a dream to Europe when her life changed.

The plan began when she went on a trip to Italy with her mum. Chloe loved it and resolved to come back for a working holiday. While looking for help practising Italian, she struck up a conversation with her local barista, Antonello.

Italian practice led to romance, and while Chloe was in Europe, Antonello and Chloe kept in touch.

Chloe’s year-long holiday was exactly as she’d dreamed. Before her last stop—to see the Aurora Borealis—the Northern Lights, she went skiing in the Dolomites with one of Antonello’s friends.

“My last memory before the accident,” says Chloe, “…. is thinking, ‘I am going too fast, how do I slow down?'”

Chloe has no memory of what happened next. She only knows that she had a terrible accident.

Antonello got a call from his friend, Angelo. He immediately left Australia and rushed to her bedside, along with her mother and sisters.

After eight days and four operations, Chloe was brought out of her coma. Two weeks later, she was on a Medijet back home.

At first, Chloe didn’t comprehend the severity of her injury, even though words like quadriplegic and paralysis were being mentioned.

But it was true. At 28, Chloe was a quadriplegic—the injury had caused her C6 to partially injure her spinal cord. She spent eight months in hospital undergoing intensive rehab with Antonello at her side.

Sixteen months after her accident, Chloe was making remarkable progress. Then, the unexpected happened – Chloe was pregnant.

Aurora, who is now two years old, is Chloe and Antonello’s own light, like the Aurora Borealis.

Chloe says of a cure, “While I’ve come to accept my injury, I’ll never stop trying to be more independent and again If feels like a cliche, but it would be life-changing. It would make me more independent.

“When I had Aurora, I couldn’t lift her out of her cot because I didn’t have full strength in my arms and hands.

“I’m dedicated to my exercise physiology because I know by keeping strong, when treatments become available, I’ll have the chance of walking again.

“Not having all the pain and discomfort that comes along with a spinal cord injury would be life-changing.

“To have the option again to be spontaneous too is something I really miss. You can do adventurous things in a wheelchair, but there is a lot of planning.

“Funding for research is imperative. Nothing can go ahead without it. Without funding, there wouldn’t be any scientists working on it, with the money to pay for all the equipment.

Chloe also features as part of our #HelpMeStand campaign for June 2021.

Half of all people with spinal cord injury (SCI) have chronic pain—just one of the unseen effects that can be debilitating for the person with an injury. A clinical trial, funded through the $15m NSW Government grants offered as a…
END_OF_DOCUMENT_TOKEN_TO_BE_REPLACED

Media release 1 June 2022 Download this media release here. The Victorian Jockeys’ Association (VJA) is backing research for a cure for spinal cord injury, with a generous donation this week to SpinalCure, Australia’s leading funder of cure-related research for…
END_OF_DOCUMENT_TOKEN_TO_BE_REPLACED

Carrol Stubbs had the idea to raise money for SpinalCure after she was given a number of plant pots from her daughter and son-in-law who had been landscaping their garden. She decided to put them to good use and enlisted…
END_OF_DOCUMENT_TOKEN_TO_BE_REPLACED

Funding groundbreaking research to cure spinal cord injury A cure is in reach. It’s not a matter of if, but when. This is our mantra, and it really is closer than ever. Despite the challenges of the COVID pandemic, 2021 was…
END_OF_DOCUMENT_TOKEN_TO_BE_REPLACED