The lecture that convinced Neilson to back spinal research 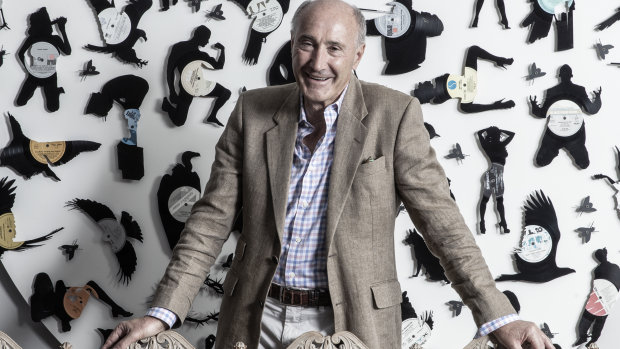 Article reproduced with kind permission from the Australian Financial Review.
By Jill Margo, Health Editor.
When it comes to spinal cord injuries, people hesitate to use the word “cure”. But this didn’t deter billionaire Kerr Neilson, who for idiosyncratic and personal reasons has ploughed money into spinal cord studies despite medical research never being part of his philanthropic suite. No, there have been no spinal injuries in his immediate or wider family and, no, he has not been particularly close to anyone who has suffered one.

Something else drove this South African, who came to Sydney in the early 1980s with a little more than $100,000. In 1994, with financial backing from George Soros, he co-founded Platinum Asset Management, which specialised in international equities.

A decade later, Neilson’s wealth was estimated at $3.35 billion. About 10 years later he and fellow philanthropist Judith Neilson divorced. Last year, the Financial Review Rich List estimated his worth at $1.38 billion.

Around five years ago, a colleague suggested Neilson attend an evening lecture arranged by SpinalCure Australia. Trusting the colleague’s judgment, he went along with an open mind.

Sitting among many who had suffered such injuries, he listened to pioneering US researcher V Reggie Edgerton describing a new way of understanding and treating the condition.

The UCLA professor wasn’t making sweeping promises. Rather, he was showing footage of people who had regained enough movement to feed themselves or turn a door knob.

Many appeared to have taken their misfortune with grace. It was an emotional experience for me.

Professor Edgerton was talking about the potential inherent in the spinal cord below the injury; how those nerve networks were not dead, but dormant, and could potentially be re-taught how to work.

He showed how, like a hearing aid, the neurostimulation of the spinal cord could allow networks of neurons below the injury to communicate with the brain.

This was new territory for Neilson. Although he supported fistula clinics for women injured in childbirth in Africa, he had largely limited the Neilson Foundation to contributing to the arts and indigenous groups.

But the alchemy of the warm feeling in the lecture theatre, the scientific promise and the people whom Neilson hoped would one day benefit from the new thinking triggered something in him.

“I’m not a very empathetic person, but this had an effect on me,” he says. “Most of the folks in wheelchairs had been athletic, physically adept or in the military. They had been risk-takers.

“I know what it is, not to be athletic. I was never well co-ordinated. Poor eyesight meant I didn’t have good ball skills and while I can swim, I was never a sportsman, but have always respected sportsman-like skills.

“And that gift had been stripped from them, often in the prime of their lives. The horror of being a very agile, young person one day and being unable to move the next day, really struck me.

“Many appeared to have taken their misfortune with grace and were applauding the idea that someone cared. It was an emotional experience for me.”

For the first time, Neilson found himself imagining how isolated he’d feel in a similar situation; how he’d be unable to defend himself or guard his privacy.

He thought about being unable to control his temperature in a taxi and feeling daunted sitting in a lift while everyone else towered above him. 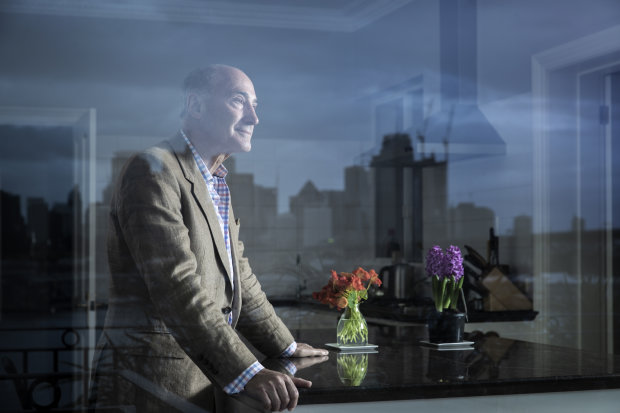 He thought about the mystery of the body and how all hope had previously been extinguished by the confident assumption that nerves below the injury inevitably die off. What really hit home was how tiny improvements could make huge differences; how a little more hand mobility could allow a person to type, or a little nerve restoration could mean bladder control.

He’d never deluded himself that his philanthropy had made a significant difference but hoped it might have made a small difference to an individual here or there. In his family discourse, the word “starfish” was shorthand to denote this hope.

“We were on an island and I remember my daughter was very upset because there were all these starfish on the shore. We kept tossing them back in. We were trying to do something, not just pontificate.”

Neilson ‘got the vision’

About 20,000 Australians were living with a spinal injury at the time and Neilson was impressed by SpinalCure’s mission to overcome the dogma that once broken, the spinal cord could not be fixed.

Rather than submitting to nihilism and trying to make people more comfortable in their wheelchairs, SpinalCure was aiming to get them to stand and step.

Neilson kicked off his donation to SpinalCure with $1 million and pledged $500,000 a year thereafter. The money was to be used to lobby the government and to help establish a clinical trial.

It took years but multi-centre trials are now under way led by Neuroscience Research Australia, NeuRA, in Sydney.

“Kerr got the vision,” says Kathryn Borkovic, CEO of SpinalCure Australia. “It captured his heart and he arranged for extensive due diligence on the science. He realised there was an opportunity to make an impact on individual lives.”

Spinal injuries cost the Australian economy $3.7 billion a year. Borkovic says another $20 million is needed for the research.

“For this relatively modest amount, we can build cure-related research capacity at NeuRA and expand the clinical trials to target other effects such as bowel control and cardiovascular stability.

“This will hopefully put us in a position to make a treatment available to Australians in a few years’ time, profoundly changing their lives.”

While neurostimulation is not a cure in itself, it is a big step in the right direction because – compared to everything else on offer – it has returned the most life-changing results, restoring feeling and function to people years or even decades after they were paralysed.

Borkovic says a comprehensive cure will likely involve a combination of treatments including neurostimulation.

Watch Reggie Edgerton talk about neuromodulation which is

Congratulations to Tom on his huge achievement, completing the Ultra-Trail Kosciuszko 100km marathon in just over 23 hours, and for reaching his fundraising target and raising over $5,000 for SCI research. Tom set off in sub-zero temperatures and not only faced the challenging…
END_OF_DOCUMENT_TOKEN_TO_BE_REPLACED

A stunning day in Sydney for the annual LAGS Golf Day in support of SpinalCure Members of the Lloyd’s Australia insurance and underwriting community enjoyed a glorious morning on the greens at Concord Golf Club, followed by lunch in the…
END_OF_DOCUMENT_TOKEN_TO_BE_REPLACED

Thrilled to have SpinalCure community ambassador Dean Martelozzo feature as the cover story on the summer edition of Link – Australia’s premier national disability magazine. Dean became a paraplegic in 2011 as a result of a snowboarding accident in the…
END_OF_DOCUMENT_TOKEN_TO_BE_REPLACED

Sydney, 6 December 2022 Today, Comedian and Presenter Tommy Little handed over a cheque for $103,520 to Project Spark, a partnership between Neuroscience Research Australia (NeuRA), SpinalCure and Spinal Cord Injuries Australia that has the potential to improve the lives…
END_OF_DOCUMENT_TOKEN_TO_BE_REPLACED

Our heartfelt congratulations to Associate Professor Marc Ruitenberg from the University of Queensland’s School of Biomedical Sciences on being awarded a prestigious Churchill Fellowship. Dr Ruitenberg and his team are using the latest advances in single-cell and spatial sequencing technologies…
END_OF_DOCUMENT_TOKEN_TO_BE_REPLACED