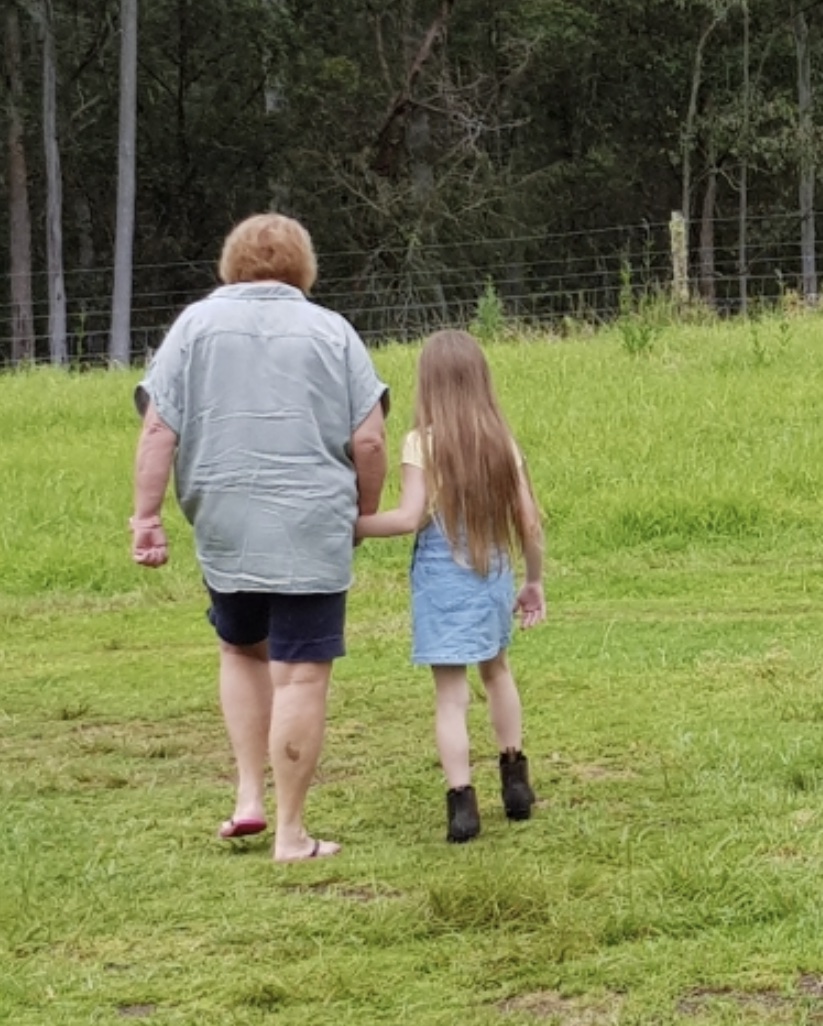 Non-traumatic spinal cord injury occurs when the spinal cord is damaged by something other than major trauma. Many medical issues can lead to these injuries. In fact things like tumours and degenerative disorders are the leading cause of SCIs in people over the age of 65 and account for 41% of all spinal cord injuries in Australia.

A few years ago Barbara started experiencing severe pain in her legs and back. At first she thought it could be the medication she was taking, but the pain persisted so she visited a chiropractor. Unfortunately this didn’t alleviate her symptoms.

Then she started noticing that her balance seemed off. After a few particularly scary falls—in the middle of a street in Hanoi and another in front of a car in a carpark—she knew something was really wrong. The severe back and leg pain paired with the unsteadiness forced her to seek additional medical help. Little did she know her journey had just begun.

A doctor listened to her symptoms and not finding a common theme, sent her for a CT scan which showed three protruding discs. The recommended treatment was a spinal steroid injection, which was administered with a local anesthetic. Barbara walked out of the treatment hoping to feel better soon. Unfortunately the anesthetic manifested in the spinal malformation and three hours later she was paralysed from the waist down. 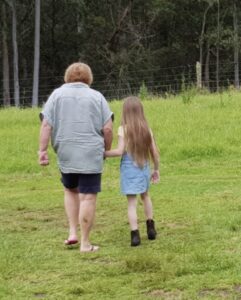 Once at the hospital, it took three days, and several additional scans, to diagnose the real issue. Luckily a spinal angiogram pinpointed the problem—a Spinal Dural Arteriovenous Fistula. This is an abnormal connection between an artery and a vein that is located near the covering of the spinal cord. When a fistula forms blood from an artery under high pressure and high flow goes directly into a vein, which is a low pressure and low flow structure, causing dysfunction by interfering with normal spinal cord circulation, eventually producing severe and sometimes irreversible problems.

Once the doctors understood what was happening, things moved quickly. Her choices weren’t exactly fantastic. She could do nothing and almost surely be regulated to a wheelchair, or have an operation and potentially end up in a wheelchair. She chose the operation.

Rehab came next. At first it was a challenge, with Barbara only able to transfer herself from the bed to a wheelchair. But she worked hard with the parallel bars then a walking frame, finally graduating to a walking stick. By the end of three weeks she had re-learnt how to walk, gradually giving up the stick with additional outpatient rehab.

So little is known about this condition that Barbara was initially unprepared. In fact at one point the rehab facility gave her the impression that the condition was temporary. Nobody told her about the incontinence, or how unsteady she’d be, or about the constant pain she’d experience. These are all things Barbara has had to learn to live with over the past five years.

But she has adjusted to her new life with a great outlook! Speaking with Barbara she is all positivity in the face of this daily challenge. Although she has to be very careful when she walks, keeping her eyes on the ground to avoid any surprises, she swims as much as possible, finding it helps with incontinence, improves her overall fitness, and lessens the pain. She works – she and her daughter own a business together and she plays an integral part – but finds sitting or standing for long periods of time painful. She visits the family farm when she can. And she still travels, taking two trips to New Zealand, a trip to the US, Canada and Europe, as well as a cruise around Asia—all after her diagnosis.

Congratulations to Tom on his huge achievement, completing the Ultra-Trail Kosciuszko 100km marathon in just over 23 hours, and for reaching his fundraising target and raising over $5,000 for SCI research. Tom set off in sub-zero temperatures and not only faced the challenging…
END_OF_DOCUMENT_TOKEN_TO_BE_REPLACED

A stunning day in Sydney for the annual LAGS Golf Day in support of SpinalCure Members of the Lloyd’s Australia insurance and underwriting community enjoyed a glorious morning on the greens at Concord Golf Club, followed by lunch in the…
END_OF_DOCUMENT_TOKEN_TO_BE_REPLACED

Thrilled to have SpinalCure community ambassador Dean Martelozzo feature as the cover story on the summer edition of Link – Australia’s premier national disability magazine. Dean became a paraplegic in 2011 as a result of a snowboarding accident in the…
END_OF_DOCUMENT_TOKEN_TO_BE_REPLACED

Sydney, 6 December 2022 Today, Comedian and Presenter Tommy Little handed over a cheque for $103,520 to Project Spark, a partnership between Neuroscience Research Australia (NeuRA), SpinalCure and Spinal Cord Injuries Australia that has the potential to improve the lives…
END_OF_DOCUMENT_TOKEN_TO_BE_REPLACED

Our heartfelt congratulations to Associate Professor Marc Ruitenberg from the University of Queensland’s School of Biomedical Sciences on being awarded a prestigious Churchill Fellowship. Dr Ruitenberg and his team are using the latest advances in single-cell and spatial sequencing technologies…
END_OF_DOCUMENT_TOKEN_TO_BE_REPLACED