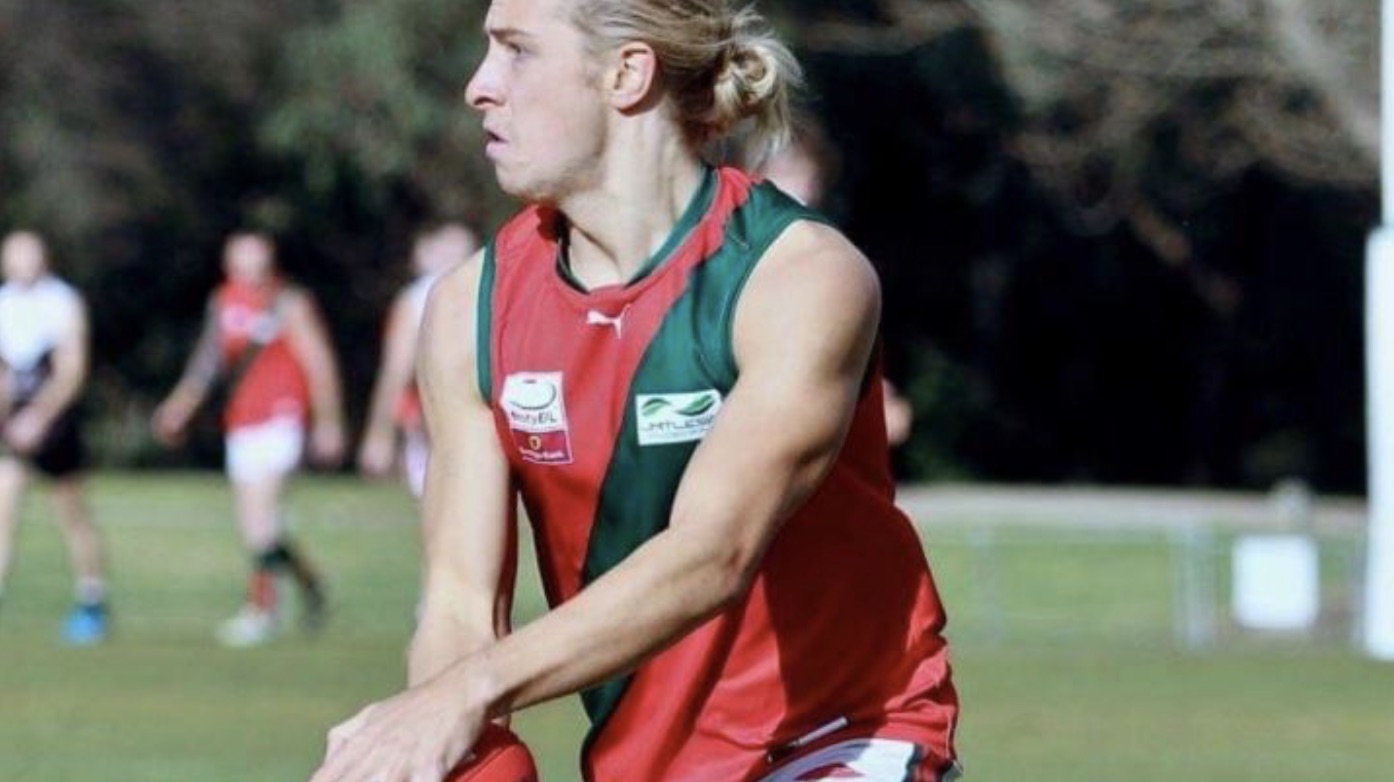 Mitch Rule, from the Basin in Victoria, was playing Australian rules football in April this year when he suffered a brutal on-field collision that left him concussed and with fractured C6 vertebrae in his neck.

Mitch, 25, was extremely lucky not to have ended up with quadriplegia and has walked away with no lasting damage, however he was told he would have to wear a collar for three months, and that he could not work during that time.

To support Mitch through a tough time, a couple of his friends set a GoFund Page for him. The target was to raise $5,000, just to cover loss of income and physiotherapy bills.

“I am quite overwhelmed with that and really appreciative of everyone’s support. I didn’t anticipate raising that much. I don’t think I need it as much as other people do,” Mitch said.

So Mitch decided to donate $2,000 from the campaign to SpinalCure Australia as a way to help others who have not been so lucky.

Mitch says fracturing his neck was an eye-opener on how someone’s life can be changed in an instant.

“I didn’t know anything about spinal cord injury before. I guess just like anyone else, it was never something that occurred to me or crossed my mind until it happened to me”.

“So I want to donate some of that [money] to a cause like SpinalCure Australia so it can go to the research cause and to the people that need the money more than I do”.

SpinalCure is incredibly grateful to Mitch and all of the campaign supporters for this fantastic contribution.

“Thanks to gestures like this, we are able to fund research into spinal cord injury, and we keep getting closer and closer to a cure each day,” said SpinalCure CEO Duncan Wallace.

“This campaign also demonstrates the power of Facebook in spreading the word when it comes to fundraising,” said Wallace.

“It’s inspiring to see how many people donated to Mitch’s cause without knowing him, and to see how this campaign keeps going thanks to the generosity of people”.

You can harness the power of Facebook by setting up your own fundraising campaign in support of spinal cord injury research today. Visit Facebook’s Fundraising hub and get started in just a few clicks. Simply choose SpinalCure Australia from the list of charities and start spreading the word!

Sydney, 6 December 2022 Today, Comedian and Presenter Tommy Little handed over a cheque for $103,520 to Project Spark, a partnership between Neuroscience Research Australia (NeuRA), SpinalCure and Spinal Cord Injuries Australia that has the potential to improve the lives…
END_OF_DOCUMENT_TOKEN_TO_BE_REPLACED

Our heartfelt congratulations to Associate Professor Marc Ruitenberg from the University of Queensland’s School of Biomedical Sciences on being awarded a prestigious Churchill Fellowship. Dr Ruitenberg and his team are using the latest advances in single-cell and spatial sequencing technologies…
END_OF_DOCUMENT_TOKEN_TO_BE_REPLACED

SpinalCure Australia is delighted to award four small grants to spinal cord injury (SCI) researchers to assist with their career development and research advancement. The support for these researchers was made possible thanks to a generous bequest by the late…
END_OF_DOCUMENT_TOKEN_TO_BE_REPLACED