A spinal cord injury can happen to anyone at any time and the impact reaches far beyond not being able to walk. As well as lack of movement, it means a loss of control, mental and physical wellbeing, independence and freedom.

Every day in Australia, another person suffers an injury, adding to the more than 20,000 people across Australia and millions around the world who live with the debilitating effects of a spinal cord injury. 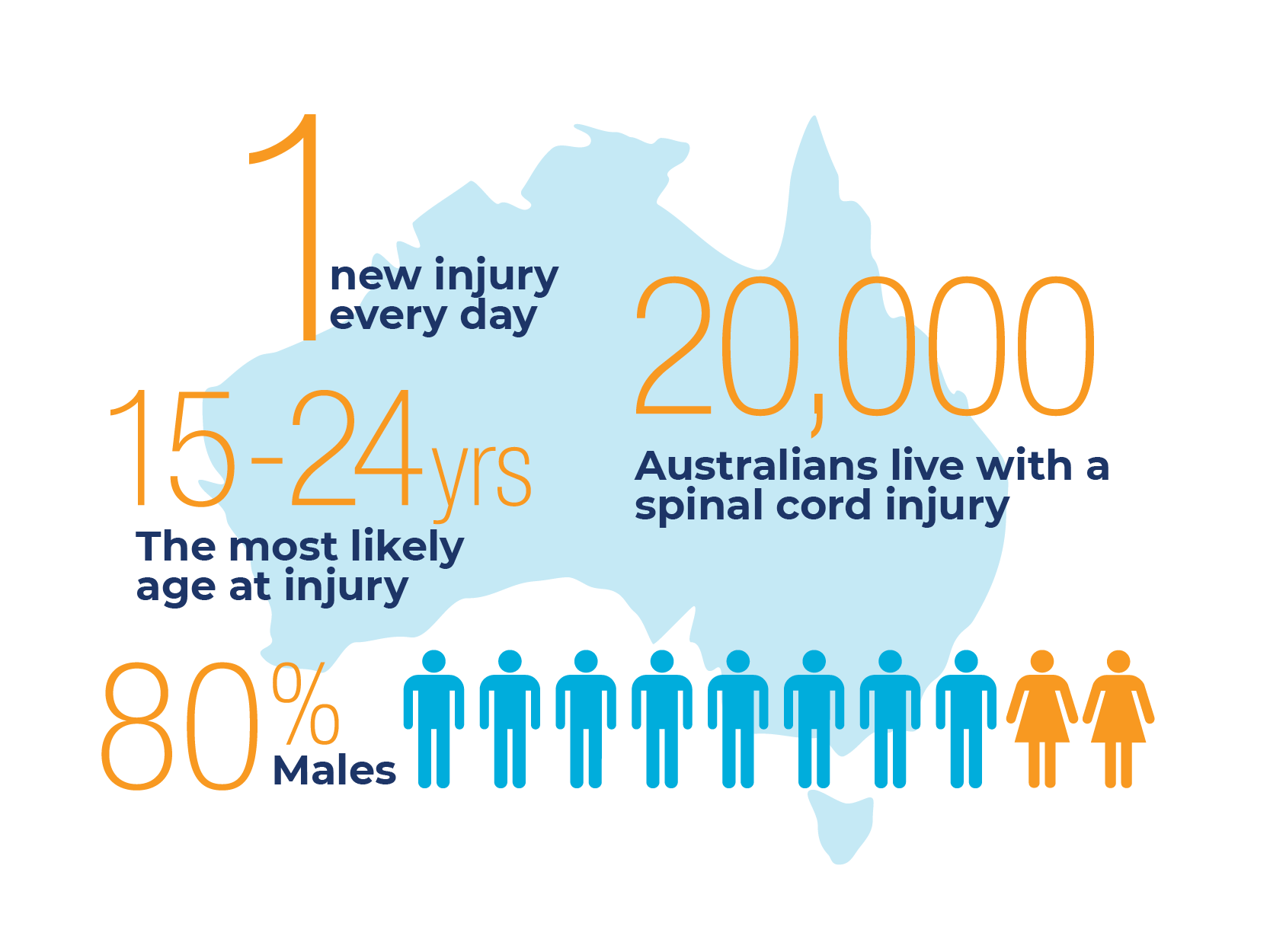 The spinal cord consists of a complex extension of the central nervous system running from the brain to the base of the spine. It acts as a telecommunications system between the brain and the body and independently controls some tasks.

A damaged or severed spinal cord means the use of limbs below the level of injury is impossible. Damage to the spinal cord at the thoracic or lumbar region (the back) results in “paraplegia” where the patient has full use of arms and hands but control of the lower limbs is affected. Damage in the cervical region (a broken neck) results in “quadriplegia” where the person loses control of their arms and hands as well as their legs.

A damaged spinal cord not only means losing control of your muscles, but also deprives you of the sensations of pleasure, touch and pressure, the control of bladder and bowel, and sometimes the ability to breathe unaided. Perversely, those paralysed often suffer constant burning, neuropathic pain in some areas of the body where they otherwise have little or no feeling.

This is what is known as the SCI Iceberg where not being able to move is only the tip of the problem. Not only is the impact of spinal cord injury personally devastating, but it is estimated to cost the Australian economy more than $3 billion annually in direct care and economic costs. 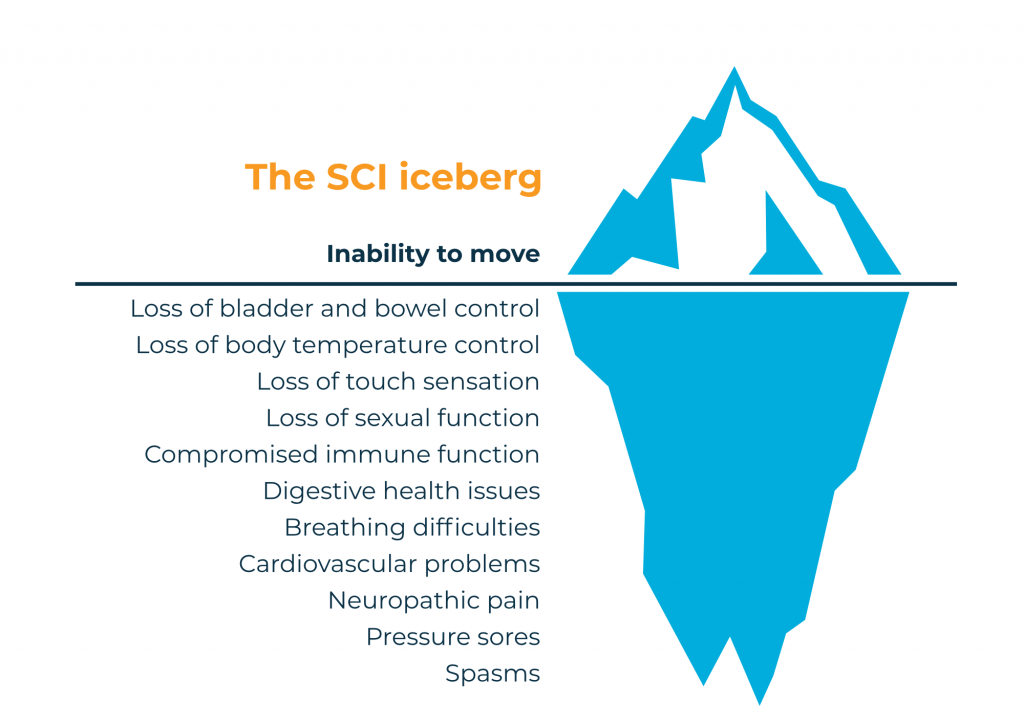 Spinal cord injuries are impossible to predict or entirely prevent. The most common causes are accidents during everyday activities.

In addition to these traumatic causes, a spinal cord injury may be caused by non-traumatic issues such as arthritis, cancer, inflammation, infections or disk degeneration of the spine. In Australia around 20% of cases are non-traumatic.

While there is currently no cure for spinal cord injury, there are life-changing research breakthroughs starting to emerge across Australia and around the world. See the latest local and global SCI research news.

SpinalCure Australia is committed to finding a cure for this devastating condition. Find out how you can help today.